I have finalized how city districts are unlocked, and how cities will look.
For a sneak peek, here's a screenshot from the prototyping tool 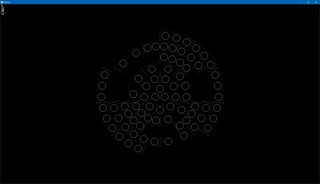 Note that some districts have less than 3 building slots in that screenshot, this was an early test that turned out to not be fun. All districts have 3 slots now.

With the cities done I now move on to rebalancing and changing the buildings to better suit the new system. For example, building ''size'' makes no sense anymore, and will be changed so that some buildings require an entire district, instead of just a single slot.

After that it's on to some final tweaks to the fleet handling and then the patch goes live.

So what can you expect once it does go live?

So with all that... when will the patch arrive?
Most likely sometime in the second half of October.

Expect another post next Friday with more details, and probably some fancier screenshots to go along with it.
Support email
Forums > Diary > "Foundation" patch progress
Steam Early-access